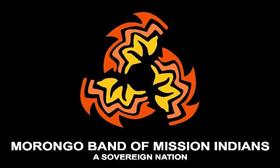 Located at the base of the scenic San Jacinto and San Gorgonio Mountains, the reservation of the Morongo Band of Mission Indians spans over 35,000 acres of land and overlooks the Banning Pass vistas. Despite the numerous challenges and adversities that blacksheepcasino.com could spend hours writing about, the tribe was able to surpass them all, thanks largely to their resilience and resourcefulness. s. This land of the Morongo Band of Mission Indians is part of the nine little reservations that's saved by President Grant through his executive order during 1865. When they started a small bingo hall in 1983, their future was changed for the better. From this endeavor stemmed one of the most successful and long-standing Indian gaming center in California.

Presently, a $250 million casino resort has been operating since late 2004. It is called the Morongo Casino Resort & Spa and is among the biggest complexes in the nation that's owned and operated by an Indian tribe. With its foray into business aspects not related to gaming, the Morongo Band of Mission Indians is now the biggest employer in the private sector in the region of Banning-Beaumont. They are also a key contributor to the economy of the Coachella Valley. Currently, they have over 3,000 employees. In an independent study conducted by a third-party company, it was reported that their businesses, both non-gaming and gaming related, are projected to earn over$2.8 billion. They pay their taxes diligently and provide employee benefits. Residents of the Banning pass and nearby desert cities make up over two-thirds of their employees.

The tribal casino continually seeks for growth and wants to diversify their interests. Aside from their AAA four-diamond resort, they also own the Morongo Golf Club in Tukwet Canyon, the Morongo Travel Center and the Hadley Fruit Orchards. On top of this, they have a contract with Ruby's Diner and Arrowhead Mountain Spring Water, which runs a bottling plant on the reservation.

These days, the tribe is considered as a partner in development by the region's business community and government and community leaders. Their story is a great example of how proactive tribal administration mixed with sensible economic decisions can enable one group to improve their lives and the community in general, affecting the Californian casino operations and economy in turn.