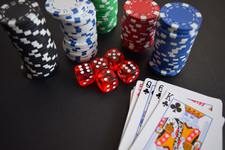 The road may not have been easy and it may have taken far longer than they ever envisaged but today, the San Manuel Band of Mission Indians have finally reached some of their long term goals. They now run a tribal government that can boast as being self-sufficient with its very own established social and economic outlook on casino operations in California.

As well as maintaining this self-sufficiency, the San Manuel Band of Mission Indians are actively involved in the donation of funds to support close by neighborhood areas, in various projects that they have on the go. Be they cultural social or purely economic in nature, they have a history of helping nearby towns and cities for the benefit of their own communities and that of the common good.

It all started back in 1891 with the reservation being established as home of the Yuhaviatam Clan specifically that of the Serrano Indians. The Serrano Indians were natives and dwellers of the San Bernardino valleys and mountains, passes and highlands.

Taking their name from their legendary tribal leader Santos Manuel, their 800 acre reservation can be found in Southern California by the foothills of the Mountain region of San Bernardino.

It was around the middle of the 80's that things would take on a big shake up. The decision was made to launch a bingo operation on their reservation. an operation that would experience tremendous growth and success in a short period of time. 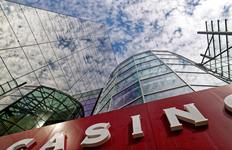 1994 saw the expansion of this tribal casino to some hundred thousand square feet, fully equipped with just about every conceivable slot machine possible. The San Manuel Band of Mission Indians Casino had arrived and in all its glory too!

Wanting to advance still further, and establish their casino well and truly on the gaming map as a destination of choice when visiting southern California, it was time to pull out the stops. If they had come this far how far could they potentially go?

With this thought in mind and using their tried and tested philosophy that man's only restricted by the limitations he carries in his own mind, further success was an inevitability, it was only going to be a matter of time.

In 2005 following this further redevelopment, projections of $200 million in revenues would now become a reality, and be readily available for use in creating jobs for the surrounding communities.

This has reached fruition with some 3000 local inhabitants being employed, and many lives changed for the better during its process. How far this Native American Tribe have come since those very unstable and uncertain days of 1891.One can only imagine what's next in the pipeline, wonder what that might be?