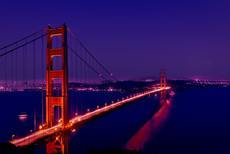 It is the final warning for all San Francisco gambling dens. The authorities have cautioned all lingering sweepstakes cafes that are still open on the outer parts of Mission Street that they should now close or they'll be shut down. These San Francisco gambling dens look nothing like the casinos in California but are actually hosts for wagering on slot-like machines on their computer terminals. There are at least three such establishments on Mission Street last year. Aside from doing basic office work as well as accessing the Internet, customers could purchase "credits" so they can play slots or keno on the computer. When they win more credits, the customers can cash them out. These San Francisco gambling dens are open up until four in the morning, and their location lured some bad elements into the neighborhood, causing an increase in crime rate in return. Some of these felonies include vandalism and assaults said John Avalos, a resident who's a representative of the place.

NetStop, one of the shops in the place, was shut down after a civil complaint was filed by the city attorney. It had been operating for almost 19 months. Other businesses like City Business Center and Cybertime managed to stay clear from the California law that strictly prohibits gambling. They did this by saying they only offered what could be a similar game to Monopoly that was offered at McDonald's, which is just a sweepstakes match and not really betting games. The office of the City Attorney had no clear explanation why some shops are still open.

Other cities, like Bakersfield and Hayward, tried but failed to prohibit sweepstakes cafes from putting up shop. The good news is a court ruling given in Fresno confirmed that these cafes do not offer legal gambling in California all sense. Armed with this decision, authorities at Ingleside paid the cafes a visit and told them it's time they close. Other shops were also given a copy of the decision, which was even personally delivered by a police official. Sweepstakes shops had been in business in other California cities before they started showing up in San Francisco. Some illegal cafes have swiftly disappeared after getting a visit from the police.